As an emerging industry, job titles can be particularly woolly in FM.  There are a number of reasons for this; the size of the business plays a part, as does the psychology behind such labelling - a title carries a lot of weight and, subsequently, it can positively alter the customer / client experience.

Individuals working in fairly junior roles occasionally don a title that denotes a far more senior level of authority than their role actually encompasses. This is a widespread issue actually. For instance, individuals working in telemarketing are often referred to as ‘executives’. The reasoning behind the allocation of such titles is probably obvious. By suggesting that a member of staff is more senior or experienced than they are, organisations are subtly boosting consumer confidence. This intentional muddying of the waters means that customers and clients aren’t always getting what they think they are.

The size of a business makes a difference too. People working for smaller organisations are likely to be given more senior titles than those working for much larger companies. This could be because SMEs may want to give the impression that their modest workforce is highly experienced, whereas there is more room for hierarchy in an organisation that employs hundreds or thousands of staff.

I think people get too hung up on job titles; it’s about what they deliver, not what they’re called after all. Saying that, my experience has taught me that most people would opt for a job title that indicates their level of success over a pay rise. A title reflects a person’s image and it reinforces an identity; it therefore plays a crucial role in improving the confidence of both the employer and the employee - not to mention the third parties. There may be a case of self-fulfilling prophecy at work too; ‘if I’m a “senior” member of the team, I will act accordingly’.

There’s often a cloud of confusion surrounding job titles; which is particularly apparent in FM because less people are familiar with our industry. That being said, it would be impossible to try and come up with a consistent job description and title, because roles vary so much from company to company and, ultimately, everyone has a different opinion. At Servest, we often spend time debating titles and it can be a challenging task to condense a person’s role into a few words. In addition, it’s difficult to ensure a title accurately reflects the level of seniority in question. 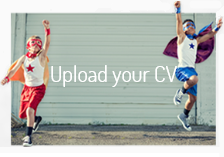